This project is now located here. 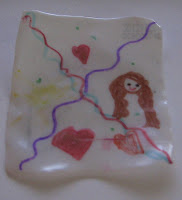 
The framing lesson can be found here. 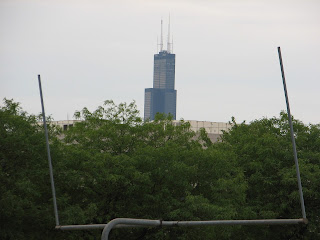 Summer Art Week 3: In the Style of Paul Klee

This week we read about artist Paul Klee of Switzerland, again using Children's Book of Art.  Paul Klee was influenced by the Cubist movement, and was part of the Expressionist movement.  He was also a musician and described some of his art as "taking a line for a walk."   That is to say he would doodle to see what shapes appear.


To imitate his work, I provided the girls with various geometric shapes to trace (Bumble Bee was keen on this).  Hummingbird preferred to take her line for a walk, but she still produced a rather Cubist work.  I let them pick the medium and they chose markers for these.

Photos coming soon!
Posted by Kelly at 5:37 PM No comments:

Summer Art Week 2: In the Style of Friedensreich Hundertwasser

The Friedensreich Hundertwasser lesson is here.